In 2016 Mr. Swenson decided to go back to graduate school to pursue a second masters degree in Security Technologies at the University of MN’s renowned Technological Leadership Institute to position himself to launch a technology leadership consulting firm. This degree was completed in 2017 and positions Swenson as a creative and security savvy Sr. consultant to CIOs, CTOs, CEOs, and other business line leaders. His capstone was on “pre-cursor detection of data exfiltration” and included input from many of the regions CIOs, CISOs, CEOs, and state government leaders. His capstone advisor was technology and security pioneer Brian Isle of Adventium Labs.

Over 14 years, Mr. Swenson had the honor and privilege of consulting at 10 organizations in 7 industries on progressively complex and difficult problems in I.T. including: security, proj. mgmt., business analysis, data archival and governance, audit, web application launch and decommission, strategy, information security, data loss prevention, communication, and even board of directors governance. From governments, banks, insurance companies, minority-owned small businesses, marketing companies, technology companies, and healthcare companies, he has a wealth of abstract experience backed up by the knowledge from his 4 degrees and validated by his 40,000 followers (from LinkedIn, Twitter, and his blog). Impressively, the results are double-digit risk reductions, huge vetted process improvements, and $25+ million on average or more in savings per project!

As the desire for his contract consulting work has increased, he has continued to write and speak on how to achieve such great results. Often, he has been called upon to explain his process and style to organizations and people. While most accept it and get on board fast, some aren’t ready, mostly because they are stuck in the past and are afraid to admit their own errors due to confirmation bias. Two great technology leaders, Steve Jobs (Apple) and Carly Fiorina (HP) often described how doing things differently would have its detractors. Yet that is exactly why there is a need for Abstract Forward Consulting.

With the wind at our backs, we will press on because the world requires better results and we have higher standards (if you want to know more reach out below). With a heart to serve many organizations and people, we have synergized a hybrid blend of this process and experience to form a new consulting firm, one that puts abstract thinking first to reduce risk, improve security, and enhance business technology.

Company Vision: To be the premier provider of technology and security consulting services while making the world a better and safer place.

If you want to have a free exploratory conversation on how we can help your organization please contact us here or inbox me. As our business grows, we will announce more people and tactics to build a tidal wave to make your organization the best it can be!

Thanks to the community for your support! 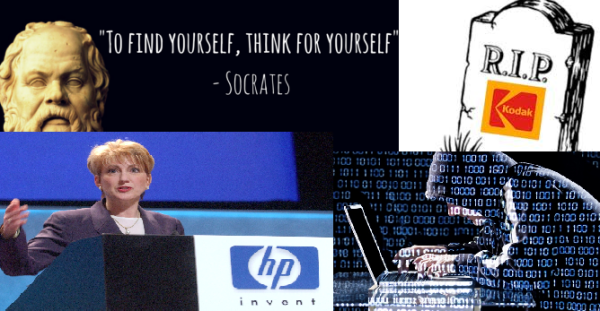 Leadership is about enabling the potential in others and getting out of the way so their dreams can enable something bigger. Having people paid to report to you does not mean you are a leader but more likely a manager, which is a very respectable and worthwhile career path but it is not leadership. It is not even close to leadership! When people choose to follow you without money or title, that is leadership. In this context, the title is derived from results and action first. As a leader, you are responsible for incubating synergies to get three out of two. Leadership is about influence, not title. Title is a mostly meaningless word that constantly changes in todays amorphous corporate culture.

Title without great external influence is not title at all. How can you move someone’s cheese when you can’t even move your community. Leadership STARTS at the community level and its nuclear power resides there. Community based leadership has overthrown a lot of ruthless dictators, leading scammers, and corporate bullies. Real leaders understand the value of academic inquiry (formal or informal), history, change, and that these things together are the precursor to innovation. They also understand that innovation is a team thing and they don’t seek to steal the spotlight.

Former H.P. CEO and Presidential candidate Carly Fiorina said it best this way, “leadership is about changing the order of things”. Changing the order of things is dangerous because it has many unknowns and it ruffles the feathers of those presently holding power. If you are truly a leader or aspire to be one, get ready to be attacked multiple times. All TRUE leaders are different and DO NOT FIT IN with most people or the status quo, and they are bullied, harassed and attacked, and that is the life they know. They can lead in times of great stress and controversy while the vast vast majority of people in the world could never even get close, and would break like a generic toothpick at the sign of light criticism.

Although a lot of executives say or believe they are leaders, their actions contradict that. All too often, they can’t handle the criticism that comes with true leadership and they are very often afraid of change, or people with abstract cultural personas. In many parts of their personal lives, they could not even pass the simplest leadership test of helping someone less fortunate than them when nobody else will in a disaster situation. Very often they insulate themselves with simple minded yes-sayers, fire people who question them, and are more often concerned with the superficial status that comes with being wined and dined by vendors that serve their vertical. Types like these are fools masquerading as leaders but there is plenty of them.

The real life of a leader is lonely and some think you’re crazy. The people (mostly fools) who think you’re crazy don’t understand diversity, the evolution of culture, true creativity, and they most likely could never connect the dots to realize any type of noteworthy synergy.  Yet they often hype up all kinds of useless nonsense to promote their fallacious status:

With great respect for everyone, in my experience, the people making these types of arguments are the biggest fools of all and they are usually one trick ponies – good at one or two things only and for a short period of time. If you fall for them you have been scammed.

Examples of true leaders include Billy Corgan (alternative rock music pioneer), The Wright Brothers (building and flying the first airplane) William Kunstler (landmark civil rights attorney), John McAfee (anti-virus pioneer), and Steve Jobs (computer pioneer). These people were all criticized in their early years and pushed many people away from their inner circle. Although this criticism and isolation may have broken some people it did not break them.

Most often, real leaders don’t fit in with most people and unless they get fame or money they are ostracized. So many in our society are overly focused on fame, media hype, and money. Yet real leaders are not distracted by these immoral fallacies for they have nothing to do with life satisfaction, moral progress, or any type of synergy. Real leaders undeniably inspire movements, better people, processes, and with their vision and advocacy – society, business, and/or technology gets to heights never dreamed possible. Very few people see this at the time, though many are happy to jump on the bandwagon decades after its validated as cool by the masses.

Martin Luther King Jr. was one such leader and he paid the ultimate price but inspired a civil rights revolution that redefined America – William Kunstler defended him. Philosopher and teacher Socrates was unjustly condemned to death for questioning the current status quo of Athenian politics and society and for teaching students to do the same thing for a better world. Today his ideologies and approach have proven to be the foundation for much of Western philosophy and education. His name is associated with the Socratic Method, which means questioning everything. It is the hallmark of how law schools teach students throughout most of the world and it is a methodology that has proven to save the lives of thousands.

Yet some corporate leaders do not like to be questioned by even the most validated intellectuals. Case in point, when credible writer and analyst Bethany Mclean was questioning Enron CEO Jeff Skilling in 2001 about Enron’s public financials, he blew her off and created a smoke screen to cover up large scale fraud. It’s no surprise that Enron is now defunct, Skilling is in prison, and Mclean has been proven as the real leader. Having met her, having read her works, and having correspondence with her, I know she is everything that makes up a great leader. Great leaders have no problem taking questions from validated individuals of all walks and ranks because they have nothing to hide (including insecurities) and they can use the dialogue to advance their innovative mission. In the data-centric democracy of the United States, business and technology fads come and go, and now is about the new – false leadership will be short lived.

I will take the person with the best ideas and passionate followers over someone who gloats about how prior titles prove anything. Titles by themselves and even with experience do not prove much at all. In the evolving and constantly changing landscape of technology, titles, for the most part, do not matter. Results, creativity, and inspirational empathetic leadership are what matter – emphasis added!!

If you focus too much on title, the guy or girl with the right idea will run you out of business and you and your whole team with be left with little money and no title. Please think long and hard about this, if you are claiming to be a leader. You don’t want to be like Kodak and fail to see digital cameras are the future, and you don’t want to be the leader who failed to see a data breach. You don’t want to be an overconfident leader who self-declares your morality over subordinate objections but who years and perhaps decades later is deemed as greatly immoral. You don’t want to be that executive whose peers support you only because they are paid to but really don’t respect you, and are not at all inspired by you. This happens a lot and this faulty leadership under good governance will be short lived.

Lastly, to that person who gloats about their V.P., Director, SVP title, or the like, ask them how many people would follow them passionately without money in times of great challenge while others criticize them. Likely, they will be confused, because most leaders are below the surface working to make the world a better place while the above fakers seek status and “yes” cliques. They know nothing about leadership or moral courage. To think that titles are a right-of-passage to leadership is one of the most dangerous fallacies in society to date. It has caused wars to be lost, inspired political violence, caused elections to be lost, technologies to be missed, and it is a solvable irony for a society as advanced and gifted as the human race. What are you doing to be your own best leader for the greater good of others? I assure you it has nothing to do with title.

If you want to talk more about these and related concepts, please contact me here.